A documentary directed by Carlo Nero & produced by Vanessa Redgrave.

This documentary deals with the terrifying way that the former KGB (now FSB) used the Moscow apartment explosions and subsequent brutal invasion of Chechnya as a means to come to power in Russia, to suppress opposition and dissent in Russia, and how the Chechen experiment has caused acts of Terror to escalate.

The above is told through the voice of Vladimir Bukovsky, the heroic former Soviet dissident and current Russian dissidents. Parallels are drawn with the Soviet Invasion of Czechoslovakia in 1968 and how that was used to crush internal dissent. With the imprisonment and torture in psychiatric prisons of all those who fought valiantly to bring these injustices to the attention of the West.

“I wanted to show how the Chechen invasion is basically the continuation of Soviet/Russian imperial policies that go back hundreds of years. I wanted the dissidents we interviewed to weave all the film’s elements together into a visually and aurally compelling and disturbing tapestry, without resorting to any “Voice-over narrator” device to guide the viewer which has become so commonplace in documentaries these days and more often than not is used as a crutch to lean on. I wanted the film not to rely too heavily on supporting images, so I carefully chose the more symbolic and less graphic and literal imagery to accompany what the dissidents had to say. I relied more on the content of their words and their stories to lead us along and stimulate our imagination.”

Finally, this film is ultimately a testament to the multitude of brave and honest men and women who, over many years, have sacrificed their lives in the struggle for justice and freedom in Russia, Chechnya and all the former Soviet Republics, and the first Human Rights Organisations who helped them.

In 2006, Russia/Chechnya – Voices of Dissent was screened at the International Human rights Festival in Geneva and at the 8th Amnesty International Film Festival in Amsterdam. 2006 also saw the Film launched as the first ever DVD quality human rights on the Internet by Vanessa Redgrave and the Chair of the parliamentary Internet Committee, Derek Wyatt MP.

Vladimir Bukovsky, the celebrated Soviet dissident, lives in England. He continues the campaign for human rights in Russia, that he began in Moscow as a teenager, during the Brezhnev Soviet regime.

He explains the return to power of the Soviet KGB secret service officers, who now hold positions of command in all the ministries of Putin’s Russia. This return to power is directly connected to the coup against Gorbachev in August 1990, and the 2 wars against Chechnya.

Bukovsky’s story, going back to the 60’s and the connection between his colleagues protests against the Soviet invasion of Czechoslovakia, and the bitter political repressions that followed in 70’s, including torture in the Soviet psychiatric prisons, deepens our understanding of his analysis of the political situation in Russia today. 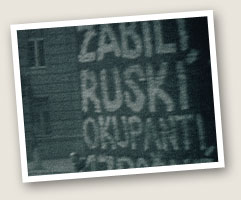 Interviews with Elena Bonner, the widow of Andrei Sakharov, Anna Politkovskaya, and other leading Russians who campaign for human rights, underscore Bukovsky’s vigorous and urgent campaign in defence of Khodorkovsky, and Mikhail Trepashkin, both in prison for politically motivated charges, and the campaign for the human rights of the Chechen people. 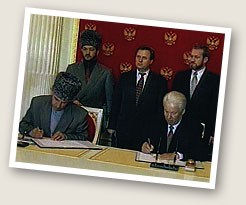